We weren’t messing around for Muso’s debut episode, so we snatched up the opportunity to zoom date with industry badass and ultimate music entrepreneur, Jaddan Comerford while we could. In the solitude of his Fitzroy spare bedroom, he joined us for a reflective and insightful chat about opportunity, expansion and his full circle moment of meeting Brett Gurewitz for a Moonjuice in LA.

To most young punks, Boomtown Records needs no introduction, because when we found the label on the back of a CD we’d purchased as kids, and we knew we’d hit gold. But the story of the guy behind it is a fairly iconic tale of music entrepreneurship and the creation of whatever the hell you want because you perceive a clear vision for it.

Jaddan’s humble beginnings as a young dude with a dream, remained blissfully untouched by doubt, logic and obstacles, like the impending Napster induced crash looming just as he was getting started. After casually pressing Wishful Thinking’s first record at the age of 17, modelling Boomtown Records from his hero Cali label Epitaph, Jaddan has since continued to accumulate an umbrella empire under the global UNIFIED Group. Now managing artists like Violent Soho, Vance Joy, Tash Sultana and Amity Affliction, he reckons there’s still more to go.

Jaddan talks us through the development of the UNIFIED Group and how it merged all his ventures from artist management, touring, the 2100 merch company born after selling surplus stock left from an Amity Affliction tour, into one big family, supporting many visions. We reminisce on the moment he felt international success when Vance Joy took the stage at Glastonbury and he spotted an aussie flag waving through the driving rain, and he imparts some tried and true wisdom that all which glitters is not gold.

We cover the bad press on streaming, the importance of a routine, and the fact that artists are business owners by default.

Jaddan compares artists to the modern entrepreneur, offering perspective on how artists should view income streams, plan for the future by investing in careers which evolve past just music and performance sales, and working with what you’ve got.

He gives us a genius example of how to use social media analytical tools to predict your trajectory and plan ahead.

As artists set their sights on global domination, Jaddan emphasizes that Australian artists need not look further than their own shores, and local success is how they’ll catch the eye of International markets because of the major global playing field.

With predictions set for a major Aussie music comeback, launching new artists into the spotlight, he tells us what he looks for in a potential artist to sign and notes that while it all comes back to making good music, he focuses on the person behind the product, their goals and their work ethic before making a decision to represent them.

You can listen to the full episode here. 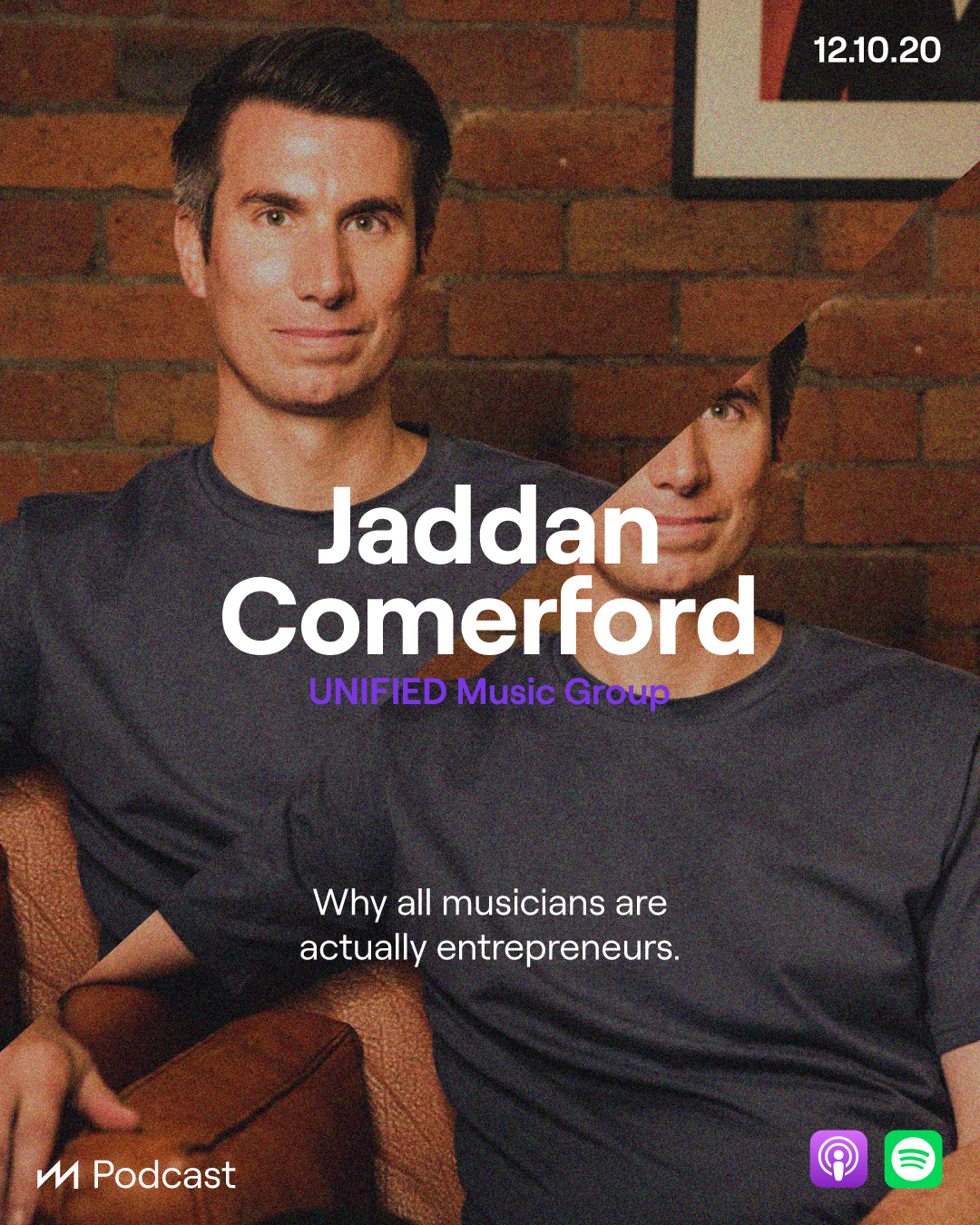 PREMIERE: Juno Disco - You're So Hung Up On My Colours