Good news travels fast in the music industry, with the help of a well written press release. Once you enter the entertainment spotlight and you’ve got your growing fanbase for support, you’re going to need the help of the press to project your band to national and then international acclaim. But it’s not as simple as letting the music world know that you’re open for gigs and all things music business, there’s an art to getting noticed by the tastemakers, who’ll go on to push your artist news out to the masses.

Let us tell you why your press release is so important.

Your press release is your artist promo

As with any news, the point of it is to share information of some importance to the public for the sake of ‘entertainment.’ An artist will put out a press release to accompany new music, tour/gig dates, exciting collaborations and label signings, and generally to publicize music-related news, which is an essential part of your artist promo.

But doesn’t your EPK do that?

“Your press release tells the story behind the song and the artist. It contains all your social media and streaming links, as well as the download links for press photos, track files, track files and artwork, all of the things that a website/blog would need to write about and support your song or album - without these things your submission will most likely be outshined by those that do, regardless of the music.” - Acid Stag

A press release is your selling pitch to entice your industry peers in the hopes that they’ll promote your music, whereas your EPK is a package of content which is used as an accompaniment to your press release. They both contain promotional content, but think of your press release as the reasons why your influencers and blogs should get onboard, and your EPK as the tools they use to put you out into the world.

So who are you promoting to?

“The promotion process is just as important as the creation process, and a press release is an essential tool needed for promoting your music.” - Acid Stag

Once your job is done being an artist, you need your peers behind you to play your music, celebrate it, raise you up and tell the world they need to listen to what you’re about. Industryleading music platforms like Acid Stag pride themselves on artist discovery and pushing new music into the world. The tastemakers which audiences rely on for credible sources of music discovery, are the ones which you should be focussing on, from industry leading publications, blogs, playlists, music promo rotations, peers, music news sites… and the list goes on.

Remember though, not all news is “newsworthy” even if it’s music news

Think back to those flashy circulars you were eagerly running to retrieve from the letterbox because you couldn't wait to see this week's fruit and veg specials? Yeah we don’t either. In a sea of artist submissions which come flooding in on the daily, it’s good to have some perspective on just how important it is to stand out in your press release, long before your music will even be heard.

You don’t want to be known as the band that cried wolf either, so keep in mind that subject matter along the lines of ‘Hey we’re a cool band’ and all the equivalents just arent going to cut it, and will probably get you the treatment comparable to those junkmail you left unread.

So how do you get their attention?

Labels and agencies will generally have PR managers to take care of writing those captivating press releases, and deliver them to their extensive list of industry contacts, but if you’re going solo like most indie artists are doing these days, it’s still absolutely possible to have your music noticed and played, if you keep a few polite guidelines in mind.

In a sea of emails, stand out by following submission formats

We checked out Acid Stags submission criteria, and they’ve taken the time to lay out their preferred formats for press releases and introductory messages. Most bloggers and music platforms will have instructions available as submissions are an important part of their business model. They want to get the best out of their music selection and they want to make sure that up and coming artists dont slip under the radar, so do you and your industry fam a favour and read about things like what to include, whether or not they allow file attachments, and quite importantly, what a good subject line would look like. Also, as with all selection criteria, don’t forget to keep in mind things like dual submissions, music link requirements and the protocol for unreleased content.

Be selective about which platforms you choose

Just as you wouldn’t write to the Sydney Herald about a local show in Melbourne, dont just write to everyone in the hopes of getting your music supported. You still want to cater to the audience which will best suit your music reach, and remember that those who support you, will be releasing your music to the audiences which follow the taste of those publications and music sites. If you’re heavily pop based you dont want to try to try and break into a niche deep house and electro platform, because you probably won’t find the appropriate appreciation you’re after and will waste both your time and the time of those you’re trying to promote your music to.

Not everything has to sound like big business, especially when it comes to releasing something as personal as music. By putting your artistic flair into your press release, you’re giving the press a taste of what you’re like as an individual. Your sassy style and playfully sarcastic undertones may garner an allegiance by those who feel refreshed by your written presence, minutes before they’ve given your music a go. Go for the playful subject lines, introduce yourself professionally but intimately, and brag about your latest accomplishment with humble pride and youthful exuberance.

What to include in your press release

Once you’re done introducing yourself, get straight down to business with any headings affiliated with your release such as your debut EP, first local tour or getting signed to a major label. Include a press shot and a link to where to find/listen/or buy tickets for your product. Then get to the ‘newsworthy’ pitch which relays a concise statement of your important release info, add another paragraph for some depth and hop to it by signing off with a link to your EPK or soundcloud and contact details plus any endorsements from super cool bands, reviewers or influencers.

If you want to learn more about press releases and how to write a killer one yourself, tune in to our new poddy episode with Poppy Reid (Rolling Stone Australia, The Brag Media) via Spotify. 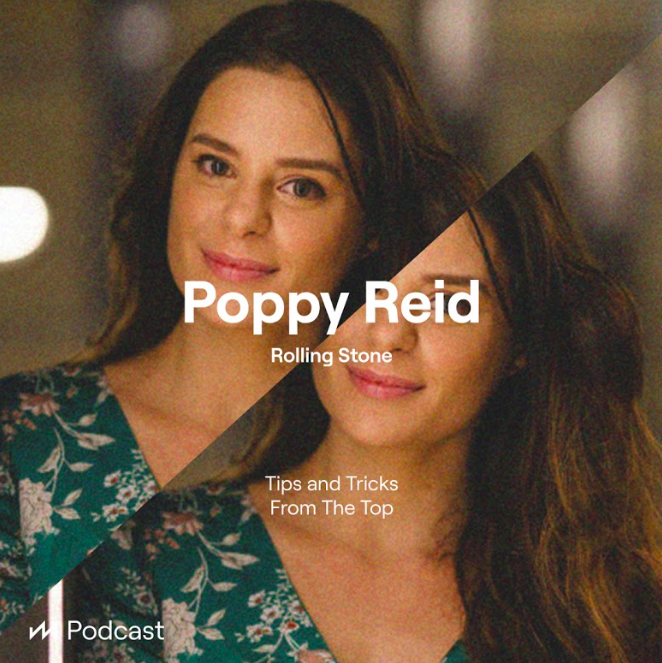